An easy way to share files between the Mac and your iOS Devices. 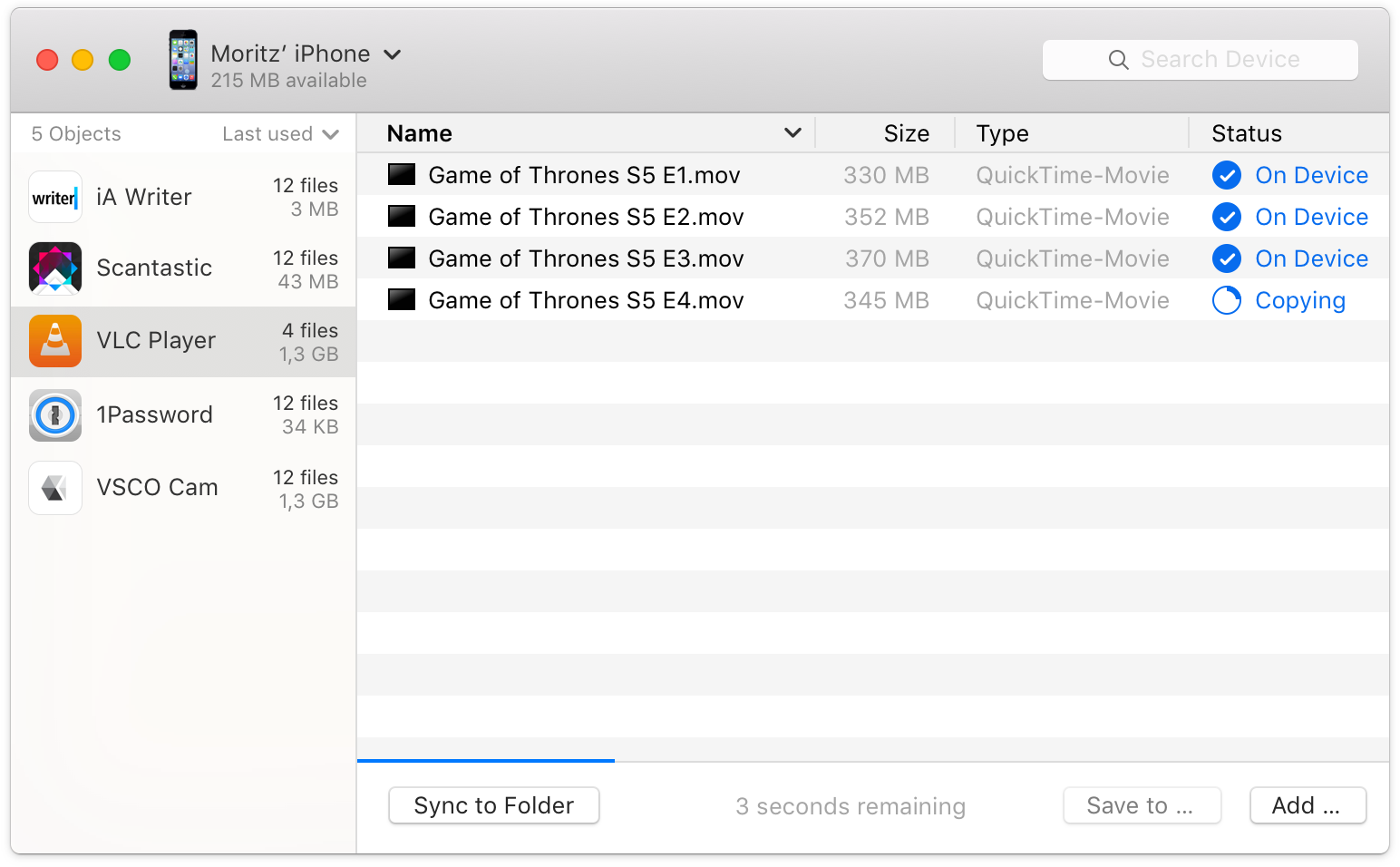 In the summer term of 2015 I attended a course called "Back to the Mac" supervised by Frank Rausch and Timm Kekeritz. As the title suggested, the course was about Mac apps, specifically about iTunes, which had become very bloated and hard to use over the last 10 years because additional functionality had been added continually.

iTunes does everything: it syncs your phone with your Mac, it plays your music, movies, TV shows, audiobooks, podcasts, lets you search for and install iOS apps, transfer files from Mac to iOS, manage backups and more. Needless to say the interface had suffered under the increase of functionality over the years.

So each of us picked one of the many features and designed an app that did only that one thing. In my case: File transfer from the Mac to iOS. That doesn’t sound like such an interesting app at first but I had always been annoyed at how iTunes handled that particular function so I started designing a separate app that would do it all better: Devices.

A video prototype of Devices in action. 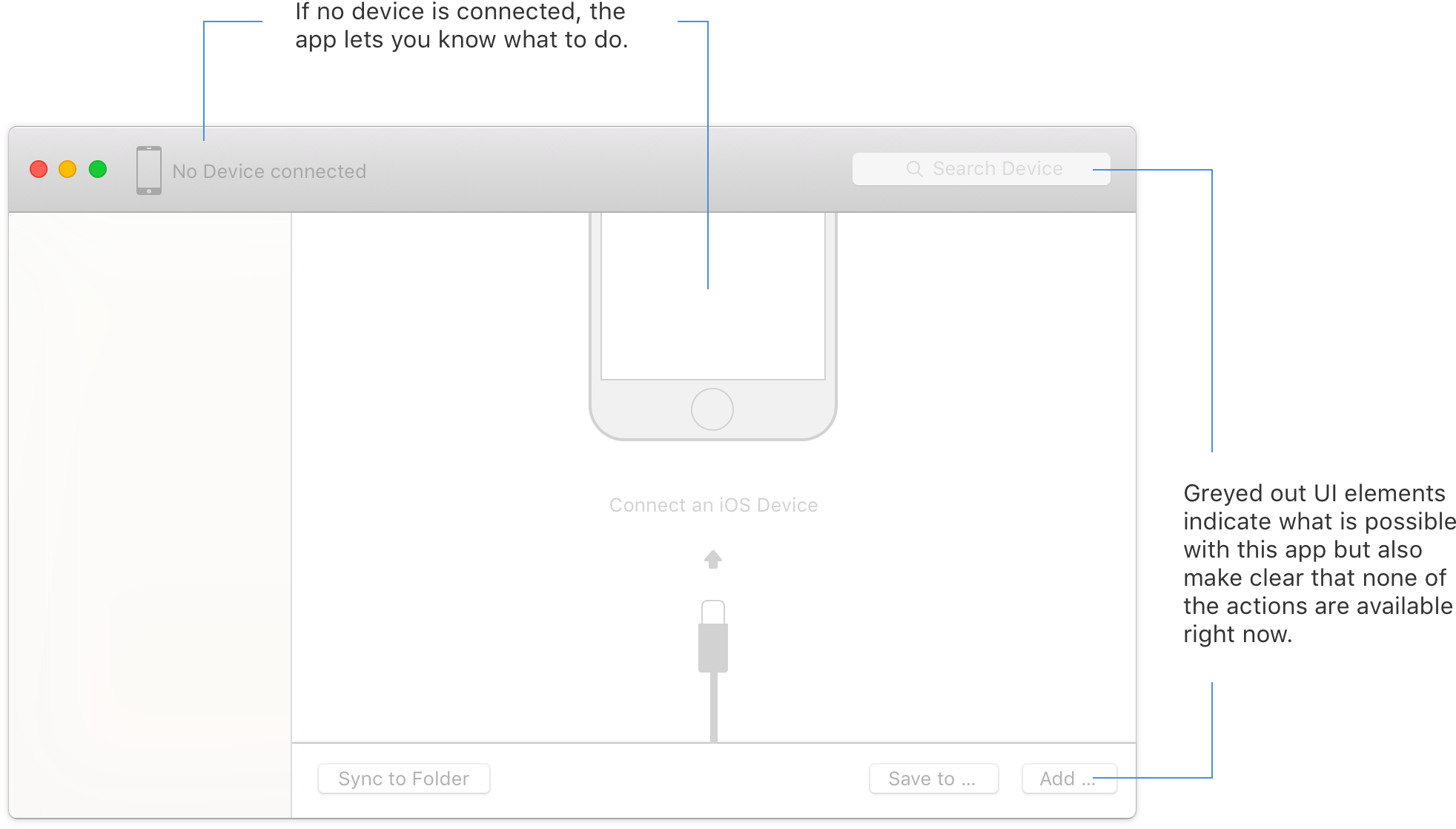 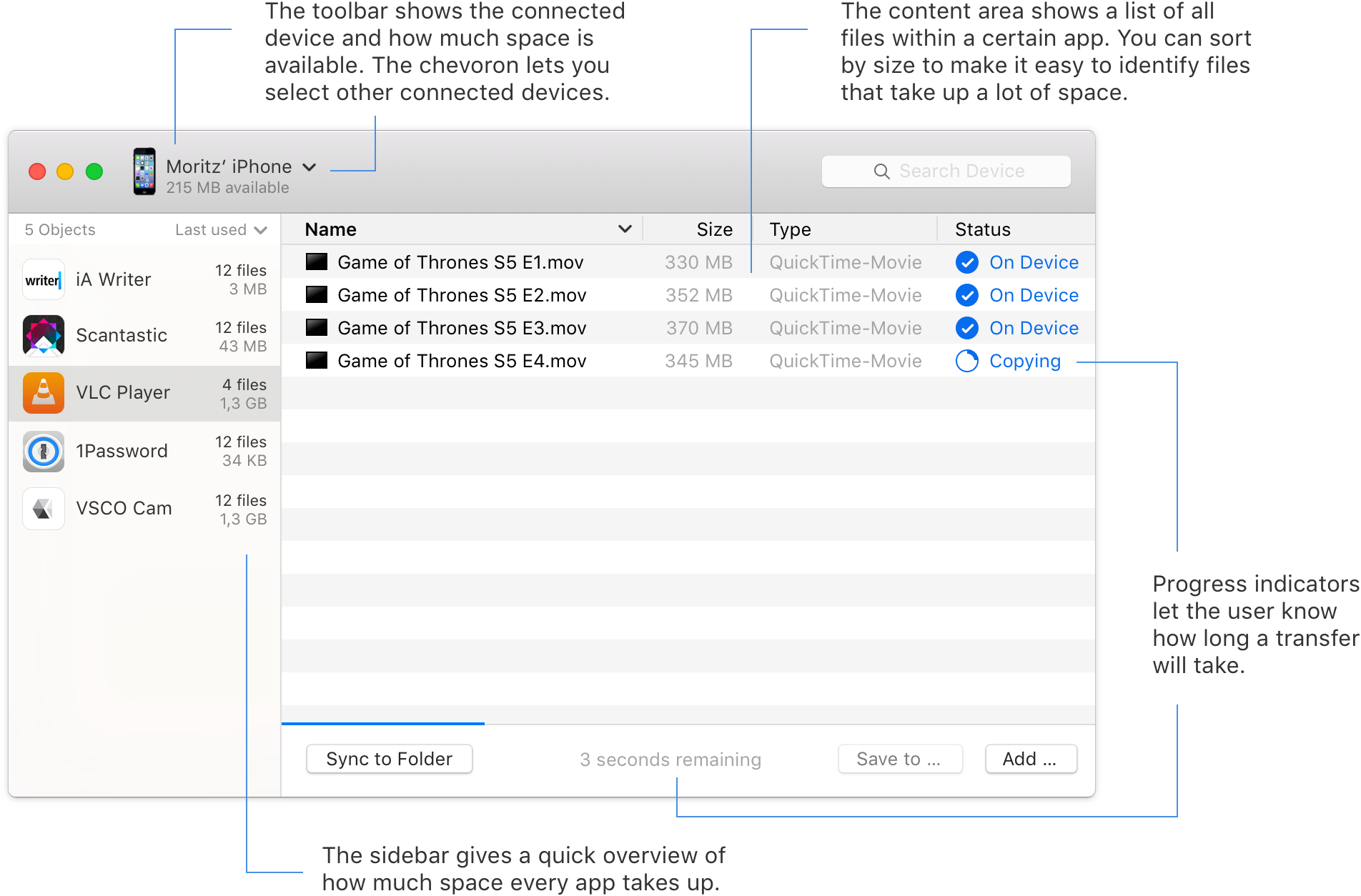 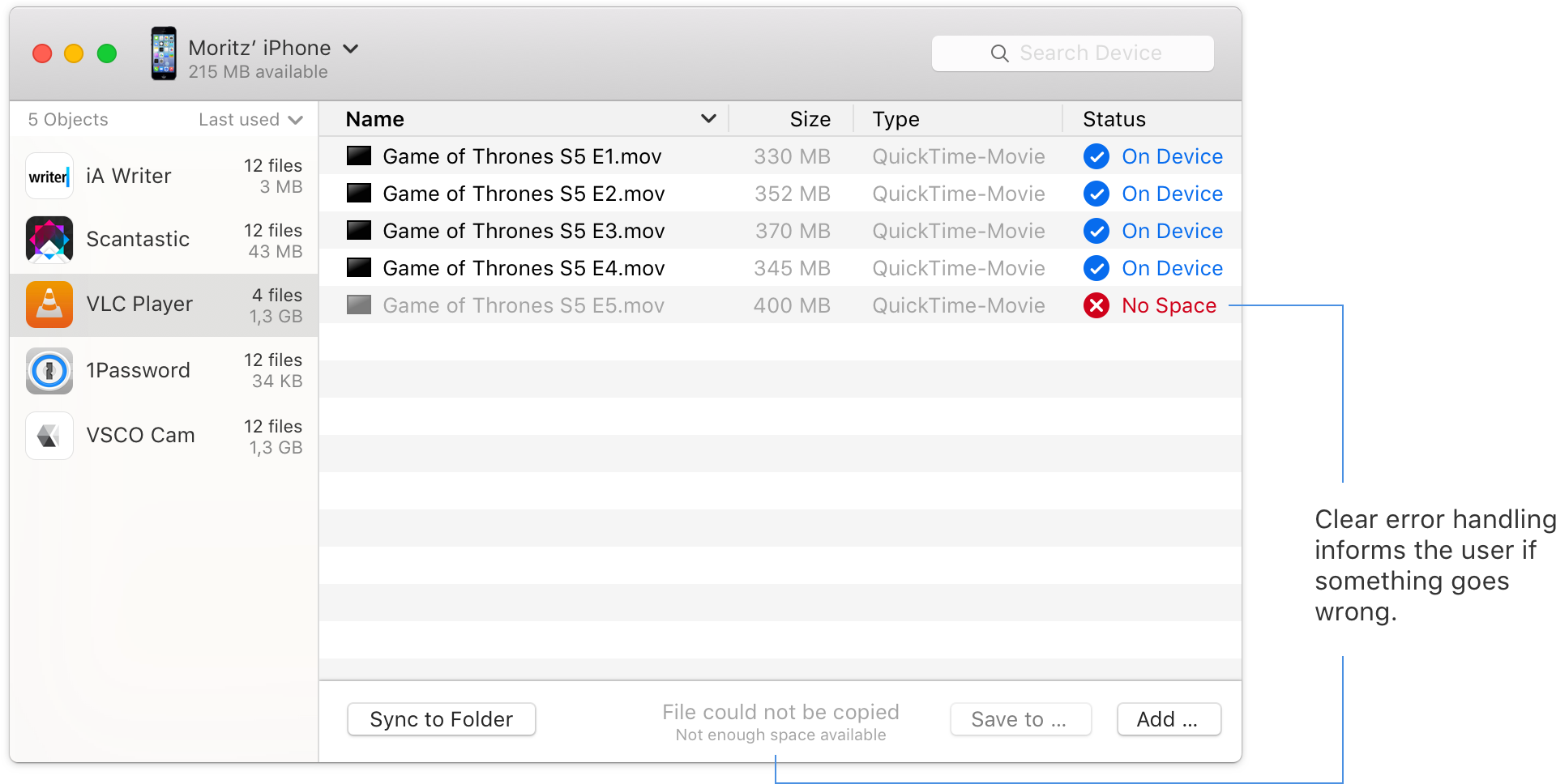 Designing Devices was one of my favourite projects since I joined FH Potsdam in 2011. I got to focus on creating a truly useful and usable product that fits into the ecosystem of OS X apps. I didn’t want to create something that stands out but rather something that blends in. Something where the interface fades to the background and lets the user focus on his task.

Most of my favourite apps on the Mac, like Notes or the Finder, don’t feature a unique UI that I have to get used to everytime I open them. They adhere to Apple's UI guidelines which makes them easy to use because they all look and work in a similar way.

At the end of the course I created a video prototype of the user journey and later I uploaded it to YouTube to link it to my portfolio. About half a year later I got a notification from YouTube that someone had commented on my video. It read: »Good, but boring«, exactly what I was going for.